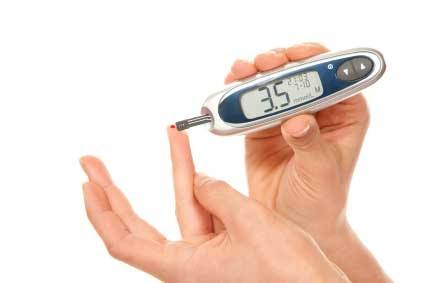 In my previous blog, I highlighted the importance of insulin. The reality of taking insulin is the fact that it can be difficult to get the dosage right. 80% of the time, I get it right, or at least I almost do. For me, “getting it right”, is keeping my blood glucose (BG) levels within 1 of what it was before I ate. So say my BG levels were at 6 before a meal and I test them roughly 4 hours later when my short-acting insulin has worn off, I would hope that they would be between 5 and 7.

So what happens when we get the amount wrong?

Hypoglycaemia:
Typically this occurs if/when I take too much insulin at meal time. However it can also occur during fasting hours, so nocturnal hypos are also common. Exercise causes BG levels to drop rapidly up to 8 hours after, so this is something that also triggers hypos for me. Experiencing a hypo is something I despise; my speech will deteriorate, I begin to sweat, become very flushed and hot, experience dizziness, my heart will pound out of my chest, and my muscles will become extremely weak, so much so I find I have to concentrate hard to keep myself standing upright when walking. It’s a very odd sensation to say the least. The lowest reading I have had is 2, which is quite low, but thankfully I have never gotten to a state where I can’t aid myself. To bring my sugars up quickly I either take a full tube of glucogel or up to 200ml’s of coke original, both of which I carry with me at all times.

When it comes to hypos, I strongly recommend that you make everyone aware of the symptoms of a hypo, because if left untreated, you will eventually pass out, in which case, those around you need to know how to deal with this situation. As I said I keep glucogel on me at all times, so this can be rubbed into the cheeks of someone who is unresponsive. There is also a glucagon injection which can be given into the thigh.

Occurs when I take too little insulin. Hyperglycaemia can also be induced in high stress 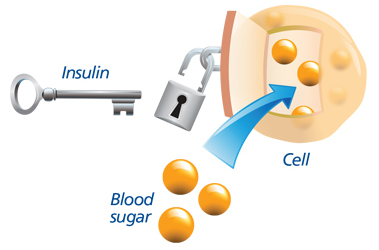 situations, BG levels can be seen to rise and then fall back to normal levels 3-4 hours after stress is alleviated. Getting insulin doses right is a fine art, take 1 unit less and your BG levels could end up outside the optimal levels. Severe hyperglycaemia can lead to Diabetic Ketoacidosis (DKA), which is the state I was in resulting in admittance to hospital. A rather unpleasant experience. Severe DKA can be brought on by repeatedly not taking insulin at meal time, BG levels will go through the roof and keytone levels will rise, which is incredibly dangerous. In my DKA state, I was severely dehydrated, my potassium levels were low, my breathing was deep, heavy and rapid, and I was in a drowsy state, a couple more days left untreated and I would more than likely have been in a-coma. It is so important to take insulin no matter how much you hate the bruises at the injection sites or the initial pain of injecting, but nothing is worse than ending up in hospital getting your bloods taken every 3 hours, your BG levels taken every hour and eating the most horrific food the universe has to offer. It’s just not worth it!

If I find my BG levels are high between meals, I give myself additional insulin with my next meal. I find that 1 extra unit of inulin will reduce BG levels by 3. So if my BG is at 13 and I’m having a meal requiring 14 units of insulin, I take 2 additional units (16 in total), to bring BG back to normal levels.

I get it wrong, as will most people from time to time. Sometimes and it may sound crazy, but I find myself doing it purposely, subconsciously almost. If I’m out for a meal and I’m not really sure how much insulin to take, I usually take less than I know I should take because I have this crippling fear that I will suffer from a hypo on the journey home. It’s a trust issue I guess, I’m only one year after being diagnosed and I know myself that I’m inexperienced dealing with everything that comes with having the illness. That trust comes with time, and knowledge of what I’m eating. I’m currently in a trial and error period, but I’ve started recording insulin doses for meals that I usually only have on occasion, which has greatly aided me because it’s hard to remember what dose I took the last time I ate the same meal. I’ve also just started carb-counting which will allow greater control over insulin doses and getting it right, so I would strongly recommend everyone who isn’t counting their carbs to start, because our long-term health matters and if we start controlling things now, it will make things much easier in the future.

“EVERY PRO WAS ONCE AN AMATEUR.

EVERY EXPERT WAS ONCE A BEGINNER

SO DREAM BIG AND START NOW”

A blog aiming to help newly diagnosed Type 1 diabetics with coping with the illness. View all posts by T1 Sugar-Coated