I have a trophy emoji in the title because, well, I think anyone who balances exercise and diabetes deserves one. It’s challenging and having spent 19 years exercising without and just over 3 year exercising with diabetes, I can safely say the latter is 100 times more difficult.

The importance of exercise for Type 1 diabetics cannot be underestimated, T1’s are more susceptible to cardiac issues in the long run so including exercise in your everyday routine will help maintain a healthy heart, and will also help to prevent blocked arteries to  which diabetics are highly vulnerable . It also helps increase insulin sensitivity, meaning that less insulin is required to keep blood glucose (BG) levels within normal ranges. Exercise is a great stress reliever too; stress is an interesting one, it can cause BG to rise and fall depending on the stress felt. Either way, exercise will help reduce stress.

Blood Glucose levels never stay constant during and post exercise, they vary hugely. Unfortunately there is nothing that can be done about this, but actions in term of insulin dosage and knowledge of the type of exercise you’re doing will help massively with BG management and exercise. During a weights session for example, the body uses glycogen (glucose stored in muscles), as the main source of energy. Post exercise, glucose from the bloodstream is used to replenish the glycogen burned, so blood levels will naturally drop, therefore we are more likely to suffer a hypo and you will need to reduce your intake of insulin with the meals following and even your long-acting injection.

Knowing your exercise:
Anaerobic exercise such as strength training, sprints, or interval/circuit training will cause an increase in BG levels while completing the session. However post-training, a delayed onset of hypos may occur. This is because insulin sensitivity after this type of exercise increases, so insulin dosage with the meal taken after can be easily misjudged. Also, with anaerobic exercise, adrenaline is released causing an immediate increase in BG levels, however in the hours after when adrenaline has worn off, bloods have a tendency to go low. It’s also important to start or finish any anaerobic sessions with some cardio, this will counteract the effect of adrenaline and help prevents bloods going high.

Aerobic exercise such as jogging, cycling or swimming will cause BG levels to decrease rapidly as glucose is used as the main source of energy. It will also increase insulin sensitivity for up to 24 hours later. For example, say I have a bowl of pasta on a day I don’t exercise, and I have the same dish on a day I exercise, I will require less insulin the day I exercise, and probably the day after too. Typically, if I engage in aerobic sessions, I ensure that my levels are above 6 mmol/l, if not I eat a piece of fruit to bring levels up a slight amount. It’s also incredibly important to always carry some fast acting sugar with you because levels can drop rapidly during this type of exercise. I use either a glucojuice or lucozade sport.

With regard eating and balancing different types of exercise, I try to eat 3-4 hours before a planned session. This ensures my short acting insulin is out of my system and it will lessen the chance of a hypo during the session. Post any session, I tend to go for a carb refuel and high protein meal, with reduced insulin dosages to try to prevent the dreaded hypos.

Originally, I was told to reduce the insulin with my meal prior to exercise sessions. I tried that before a rugby match and it was possibly the worst piece of advice I was given. Rugby matches (for me) causes an increase in adrenaline which increases BG levels. So if your bloods are already high because you took less insulin and they’re getting higher because of the adrenaline in your system, it’s a recipe for disaster. I remember looking at my reading just as the game was starting and it was 20 mmol/l (normal range = 4-8/10 mmol/l). All I wanted was a nap.

Testing levels 5-10 mins before the session is extremely important too, the reading will tell me if I need to take any action. An extra shot of insulin might be needed if my bloods are high pre a weights session, or pre aerobic exercise, if my bloods are high no extra insulin is needed because the additional glucose in my system will be used up during the session. Likewise testing will ensure that if I’m creeping on the low side, I can take some glucose or maybe have a bite of a banana to keep them within range.

During exercise BG levels need to be monitored too, again depending on the length of the session, it might be necessary to check once or twice. This is super handy with the Freestyle Libre as I can literally just tap my phone on the sensor and get an instant reading rather than having to use the finger prick method which can take up to 30s longer.

Post exercise probably requires the most attention. Reducing insulin with meals after is the most important thing. I reduce my intake by up to 8 units depending on what I’m eating. In my first year after being diagnosed, every night that I went training or had a match or went for a run, I either didn’t sleep because I was so anxious of a night-time hypo or I actually fell into a night-time hypo, which is very dangerous.

It’s frustrating that there are so many variables affecting BG levels and insulin dosages, but we just have to get on with it. When I was first diagnosed, I lost my will to exercise. I was nervous about how to deal with everything that comes with exercising and balancing BG levels, I feared the worst, imagining I would make one bad mistake and end up in hospital again. But I didn’t, and a few years later I’m flying it! There are times, of course, that I get so frustrated at the fluctuations in my BG levels I’m at the point of tears, but I remind myself that the learnings taken now, no matter tedious, will be worth it in the long run.

Trusting your instincts and listening to the signals your body is giving you is key. Don’t push yourself when you know something isn’t right, monitor your blood levels and plan accordingly. Everybody responds differently to exercise, what works for me mightn’t work for anybody else so it’s important to take the time to understand and learn your needs. Once you grasp this, it makes exercise so much more manageable. I’m still learning about exercise and diabetes, but I’m already finding managing it easier, it just takes time and patience. 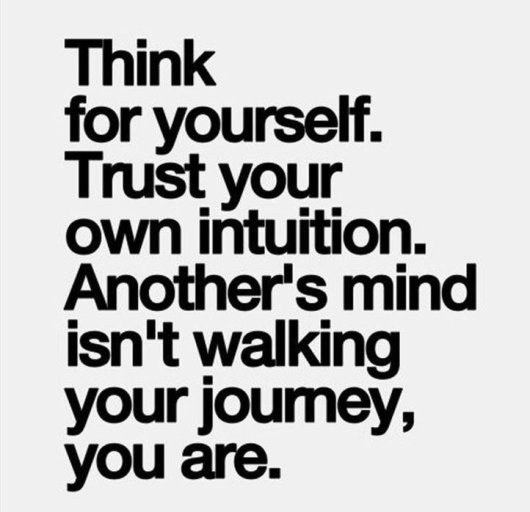